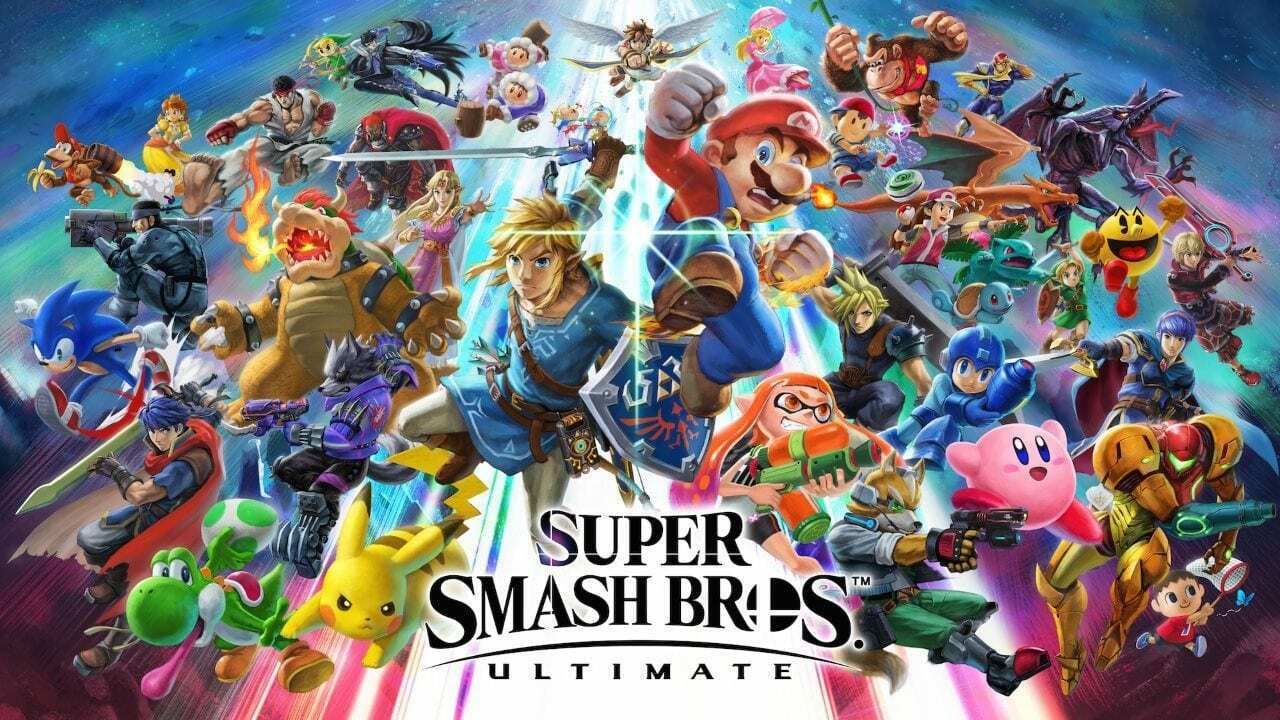 On a hot summer day in Torrance, this writer for Rectify bravely endured the sweltering heat by putting on his trusty, all-black jogging suit. I might have forgot to look at the weather before I left and thought a beach town might be cold.

Why make this sacrifice? To get my hands on none other than the highly coveted Smash Ultimate demo.

Best Buy in Torrance, California, accompanied by a line of devoted Smash fans.

As a longtime gamer, I am used to lines for midnight releases and the Christmas rush for games. The day the Switch was released, I was willing to stand in line at Target at 5:00 AM just to get first dibs on the console. The wait is nothing new to me.

However, this line and this type of excitement is something I was not expecting in the least bit. The pictures above and below are only a small morsel of what the line was like.

My place in line. This doesn’t look good.

I arrived at about 8 AM, two hours before the store opened, and immediately I felt I had come too late. Some people had been in line since 7 PM the night before! The line had started to wrap around the building’s first corner from the entrance. In less than an hour, that line had made its way to the back of the store and eventually wrapped halfway around the back.

The excitement was palpable as people in front and behind me played Smash for the 3DS, Switch games, and discussed characters and hopeful newcomers to bide their time. I was even asked by a man in front of me to help with his case study on newcomers and why people want them. Nearly everyone was friendly since we all shared a common goal and love for Super Smash Bros.

The wait seemed to last forever since the game was so tantalizingly close. I attempted to play some games on my Switch, but I truly couldn’t focus as the hours grew to minutes and minutes into seconds.

At 10 AM, the crowd erupted as the doors opened. Immediately, the line jumped about 20 feet forward. “Holy crap” I thought, “This might go quicker than expected!” Much to my dismay, I ended up waiting another two hours before I was able to finally get my hands on the game. The heat ended up getting bad enough that Best Buy handed out umbrellas that people passed on once they were out of the sun. That’s what I get for not getting there earlier.

Sun-brellas to help the needy and the sweaty.

The way Nintendo and Best Buy reps handled the demo was very well done. Initially, they asked if you are only interested in FFA (free-for-all) or one-on-one competition where the winner received a hat. Having competed in a couple tourneys myself, I of course went the competitive route. They then gave you a wrist band and informed you that you will play FFA as soon as you got to the front. The reps then wrote a time stamp on my wrist band giving me a time to come back and compete one-on-one. That was the best news I could’ve asked for as I would be playing a total of 4-6 matches.

Clearly, we are all excited.

As I made my way into Best Buy, the cool air was a sigh of relief since my apparel approach wasn’t optimal. We were then divided into groups of four and a young man named Noah was gracious enough to invite me to play with him and his two friends.

They had four stations with one being reserved for the 1v1 matches. That station had a crowd behind it as they were oohing and ahhing as competitors fought for the coveted Ultimate hat.

My goal for the demo was to try the new characters that were available (Ridley and Inkling) while trying out a couple characters for myself and some buddies (Ryu and Ganon).

First and foremost, the game feels very smooth and handles like a dream. I did detect some inputs being eaten (or maybe I’m just bad,) but I believe these will be patched quickly. The smoke that emits from a player during a hit is slightly distracting, but I barely noticed it after a few matches.

The game is also much faster than its predecessor. Smash 4 was a game that focused on being defensive and forcing opponents into bad situations through spacing and zoning. In Ultimate, the speed at which the characters move and attack leads me to believe that this version will focus on pressuring opponents with well-timed moves and mix-ups. As far as knockback goes, the “balloon” knockback is not a problem, unlike what most Smash figureheads have mentioned. My opponents were easily able to combo me after a hit.

Smashers enjoying Ultimate for the first time. The 1v1 station (right) had a crowd of about 15 people cheering.

As far as characters go, Ridley seems to be one of the scarier ones. He has blindingly fast speed, combined with a long reach and large hit boxes. He also possesses a few moves that kill extremely early and moves that will continuously trap people on the ledge for extended periods of time. Ridley could easily be one of the best characters in this game in December.

Inkling is a bizarre character due to the implementation of Splatoon mechanics (turning into a squid to move in paint and charging paint,) but looks to be solid overall. Inkling’s run speed isn’t very fast, but he/she has movement options with his/her specials if used correctly. Inkling has a variety of moves that can stack damage quickly without having to approach much, similar to Olimar in Smash 4. Inkling will be a character with a large learning curve, but could be very scary once mastered.

For the Ganon fans, you’ll be happy to know that this Ganon will be Smash’s best version of Ganon. Although his run speed is still lackluster, his specials and hitboxes have become bigger and faster. The only match I won the entire day came from Ganon, as his raw kill power overwhelmed my opponents. I am not sure if he will be good compared to the rest of the cast, but he is far better than his Smash 4 version, and that alone is exciting.

One of the four setups at Best Buy each with reps giving us the rundown.

As a Ryu main myself, I am baffled by this version of Ryu. His movement has changed drastically as he can no longer turn around and stay that way. He remains true to Street Fighter by facing his opponent no matter what, which has its ups and downs. He will easily be able to catch people at the ledge since he can track them if they roll behind him. Yet, Ryu mains will have to unlearn his movement from Smash 4 and learn to stay more grounded.

The exciting part is Ryu’s ability to cancel his aerial moves into his special moves. This mechanic is entirely new and adds several combos to an already staggering amount of combos. Once the movement is figured out, Ryu could also be one of the more dangerous members of Smash Ultimate.

As far as the one-on-one went, I got SMACKED. The man I played with had obviously played the demo several times before as he was privy to combos and the new perfect shield mechanics. The crowd behind him was elated as he dunked me into oblivion as Mario. We had a great time and laughed the entire time.

There’s more sweat on me than this picture shows.

Overall, the experience of the Smash demo was a great one. Best Buy made the experience as pain free and quick as possible. The game feels solid and the characters feel and look amazing. I made several new friends and had a great day exploring the beach town as I waited for my one-on-one match. I love how this game can bring so many different people together during a time that has been focused on being divisive. I could not be more excited for December 7th.

My name is Colin Ferguson, but you can just call me Ferg. Writer and Content Creator for everything Nintendo and competitive Super Smash Bros. Grew up a Nintendo fanboy and now I'm a Nintendo fanman.

My name is Colin Ferguson, but you can just call me Ferg. Writer and Content Creator for everything Nintendo and competitive Super Smash Bros. Grew up a Nintendo fanboy and now I'm a Nintendo fanman.