Ever since Klaus was announced, it caught my eye with its seemingly strong attention to detail and narrative. Now, as this is common in most AAA games today like The Witcher and other large titles, it is not as evident in action platformers like Klaus. Waking up in a shady looking laboratory, our main character has no clue on who he is other than a large tattoo of the name “Klaus” on his arm. The action begins with Klaus trying to escape the laboratory all the while attempting to figure out who he is and what is really going on.
The story telling in Klaus is based entirely around text conversation. Similar to Nero on Xbox One, the narrative is told with written words which pop up on the screen. This is all done in the middle of the action so you don’t miss anything, while also learning how Klaus reacts to in game things like damage and vulnerabilities. The narrative bubbles are Klaus’ own thoughts, so the story truly unfolds as you go. Adding to the “as you go” story development, Klaus uses a technique not often used in game development. While playing, he will often break the fourth wall and mention that he’s aware he is a character. Many times will he comment on how he’s being controlled by you the player. Now, every game has a character you need to control. What makes Klaus so different is that not only does he acknowledge he’s being controlled, but also that he’s not happy about it. Even at the end of the game, Klaus still isn’t comfortable with the fact that he’s being controlled and it’s almost as if he thinks he’s a human being and not a video game character. It adds a sense of humanity to Klaus as you can’t help but think the classic “What if I was being controlled?” philosophical concept. This setup adds to the overall game and acts as a plot device in Klaus where nearly every other games just accepts it as standard. Combined with the fact that Klaus is a platformer game, it almost creates a new genre with the interaction between player and character.
Your Dualshock 4 controller is pivotal in Klaus. The touchpad allows you to interact with certain objects in the game. If a certain jump is too far for you to make, you may need to use the touchpad in order to move it closer to you. The UI for this aspect of Klaus was a little awkward at first but you get used to it after a while. You need to select the object you wish to interact with using the touchpad and then situate it where you want with the right analog stick. With the touchpad being so small, I found myself having to fiddle with the controller multiple times in order to get the object just right where I needed it. You’ll get it down by the end of the first couple levels as it’s more of an unfamiliar finger manipulation with the controller than a bad set up. 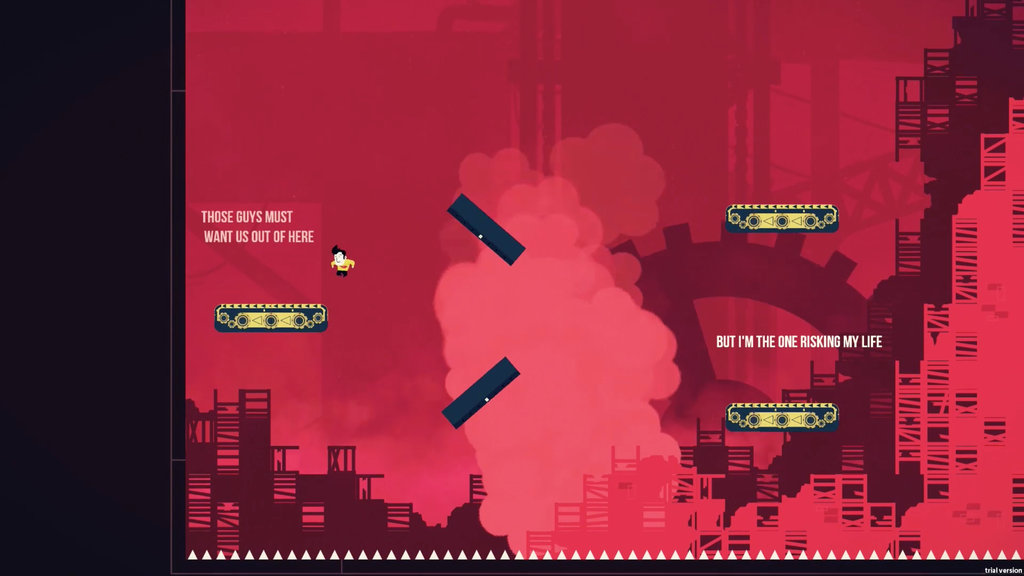 Perhaps the best part about Klaus was how it remained “new” throughout the entire game. Even classic platformers and fan favorites like Metroid, Mario, Kid Icarus, etc tend to get repetitive. The same moves are used over and over with the same enemies in levels where there only difference is what instagram filter gets pasted over it. Klaus does not do this whatsoever. Each level in the game utilizes your skills that you have learned as well as advancing the narrative and Klaus’ story. Basically, Klaus is all meat and potatoes without the fluff on the side. Noboby eats fluff.
Klaus’ main feature as a character is speed and maneuverability. He jumps over obstacles, hops over spike traps, etc. At a certain point in the game we get to play another character who is nicknamed K1. He is the total opposite of Klaus, and acts as a Juggernaut of sorts while just bashing through things. Where solving puzzles with Klaus may require a careful hop, skip and a jump over a wall, K1 will just run right through it. Each of the game’s levels also contain a hidden secret level that you will need to find. These are done by locating hidden memories that will help Klaus remember what he is doing in the laboratory. Upon locating them, you are then treated to not onlya glimpse into Klaus’ past, but also a hidden treat in the form of a bonus level. These make the game twice as long as there is one in each level and add a lot of variety to the game as well.
There is so much to do in Klaus that it’s surprising it is a platformer at its core. I haven’t seen a game combine such a unique way of describing a narrative with non stop, fast paced action the way Klaus does. With everything from tricky puzzles to fast paced, timed jumps, Klaus doesn’t stop presenting you with new obstacles that both challenge your creativity while keeping the game fresh. It nevers slips from its base setup and Klaus grows as  character throughout the game. In fact, it’s almost as if Klaus should be an RPG with the manner in which it is set up. 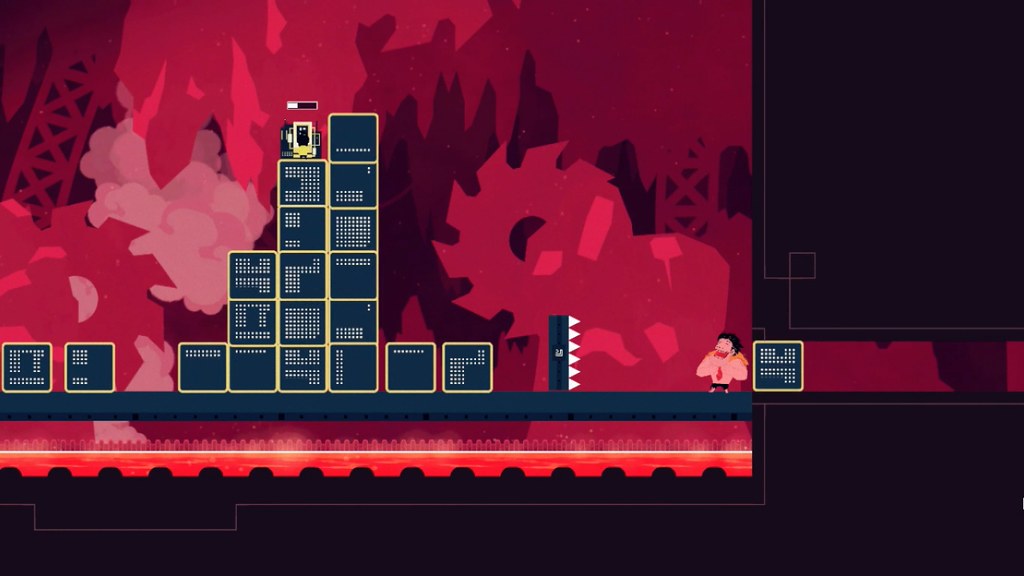 Only one main complaint was found in my time playing and that is the controls felt a little loose sometimes. A few times jumping and running seemed out of my control as if they were just “up in the air”. If I jumped, Klaus would sometimes seem to hang in the air a little too long. It didn’t happen all the time and ddidn’t take away from the game experience, but I did have to alter my approach when it occurred.
It doesn’t matter the game setup. Klaus is an example that regardless of what the game’s genre is, there is always a way to keep an informative and unique narrative without deviating from its core beliefs. Klaus combines various elements of different genres and combines them in stellar fashion in a fresh and unique twist. Of course, the ending of the game even changes the pace up on you from what you are used to with the previous several hours of gameplay controls. All in all, Klaus is an excellent game that manages to keep you on your toes the entire time without ever looping back on itself like some in its genre.