PUBG on Xbox One Hits the 5 Million Player Mark

With all the talk with Fortnite, PUBG still continues to grow on Xbox One. Yesterday, PUBG Corp. and Xbox announced that the PUBG community on Xbox One has now grown to more than five million players in less than 3 months.
In celebration of reaching the big milestone, Microsoft is giving away an exclusive free cosmetic item – the PUBG5 jacket.The PUBG5 jacket will be rewarded to all players who own and have activated a character in the game on Xbox One as of March 22, 2018 at 12:01AM PST.

Below there is an infographic detailing the stats for PUBG on Xbox One: 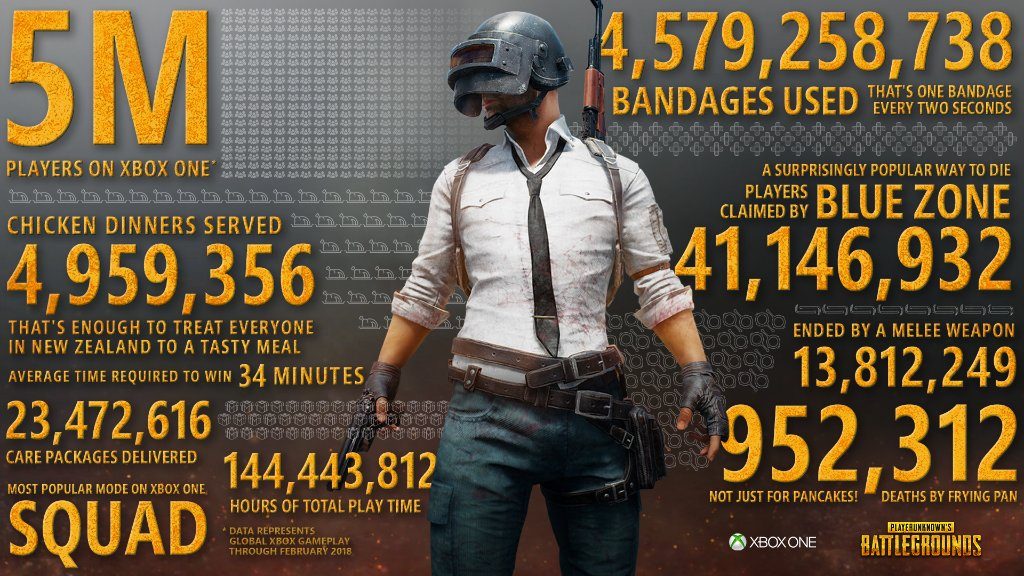