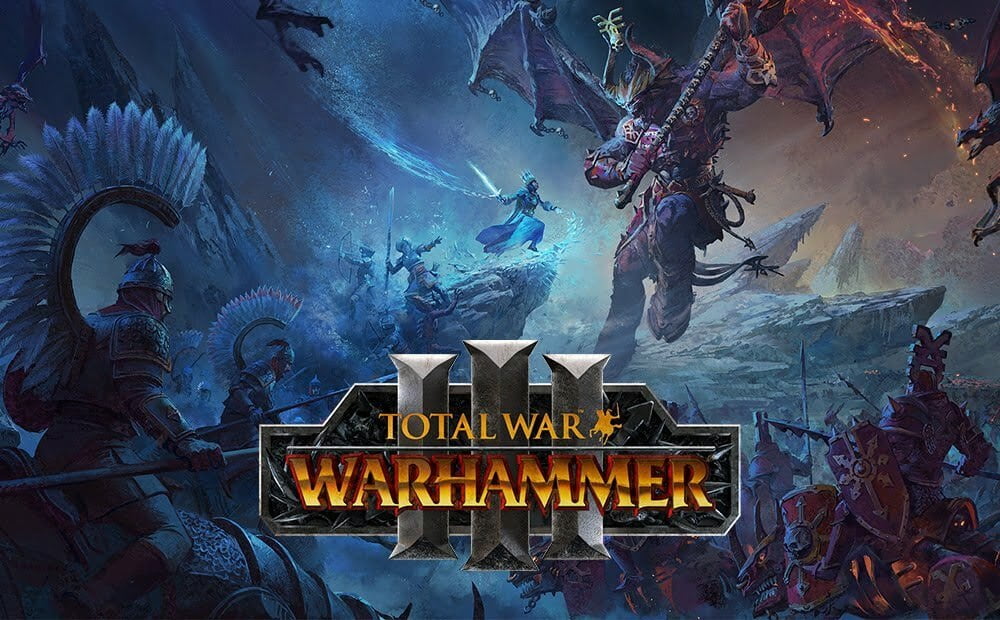 For a very long time, I avoided Total War games like the plague. I was a console only player for much of my youth, and titles such as Total War used to terrify me. As years went on and I embraced PC gaming I gradually built up the courage and skills to make an attempt at a Total War title. It was Total War: Shogun 2, and it was glorious. It came at the right time for me, with Shogun 2 moving the franchise forward with its great, intuitive UI and the co-op campaign which allowed me to be carried by my brother in arms Mike, who is a veteran of the series.

Ever since then I was hooked, and I’ve played every single Total War game that Creative Assembly has made since that title. From Rome, to Atila, and the awesome Three Kingdoms.

In the midst of that process, Total War ventured into new territory. By announcing they were working on the beloved Warhammer franchise. Not only were they diving into medieval fantasy, they also announced it as a trilogy. At that time, Creative Assembly had never announced a trilogy of games ahead of time.

The concept of Total War and Warhammer seemed insane and almost dream game material to a hardcore fan of Warhammer, which has to feature some of the most recognizable amount of generals, legendary warlords and fighters ever.

Sigmar, Ungrim Ironfist, and many more. So many of these great names burned in the mind of Warhammer fans. That universe combining with the strategic, turn based grand strategy that Total War is known for made fans excited. It literally seemed too good to be true but upon its release Total War: Warhammer has become one of the series most successful variants.

Total War: Warhammer III is the newest in the lineup. After going deep war over the Vortex in Warhammer II, the final entry in the trilogy brings the entire franchise forward with some great new features, and by adding more depth and nuance to its returning ones.

Right off the bat, Warhammer III provides tons of gameplay choice with it’s faction selection. Kislev, Grand Cathay, Trolls and more. One new faction that was just announced, adds a completely new mechanic to the Total War series.
The Daemons of Chaos feature only one legendary lord. The Daemon Prince. What separates him from other lords and factions, is the level of customization he brings to the table.

After you name your Prince, you then begin waging war on the new campaign Warhammer III provides, the Forge of Souls. Ursun, Kislevs big bear god has been wounded, and will periodically roar opening various rifts on the campaign map. Each faction will have to enter these rifts into one of the four different domains of Chaos ruled by one of the four Chaos gods. Taking all four zones will allow you to enter the realm of chaos, and have a final climactic battle for Ursun.

The Daemon Prince differs in terms of his main campaign mechanic. After taking an outpost or winning a battle, he can pay tribute to each of the four chaos gods or an option to try to rule them all. It offers a completely unique mechanic,and comes across as an RPG custom hero mode that calls back to Shogun 2’s avatar multiplayer mode.

Regardless of which faction you prefer, improvements can be felt across the board. When it comes to battle, maps are bigger than they usually are, and ranged units can shoot much further by default than they’ve ever been able to. Units are much quicker to respond to commands, and the animations for melee attacks and cavalry charges trigger much quicker than usual.

This leads to a very snappy pace for the combat, as units can engage and disengage quickly and precisely, which allows more time for watching some of the incredible animations that play out in grand fashion.
One new feature that truly caught my eye during my preview time, was the multiplayer offerings.
Ever since Shogun 2, Total War has stagnated in terms of innovation to the multiplayer suite. 2 player campaigns, co-op or versus, and multiplayer custom battles for one off fun.

Warhammer III is changing the formula with ideas Total War fans have been wanting for years. Campaigns can now support 8 players, and for the first time ever, simultaneous turns. Either one of these changes would have been a big deal, but getting both at the same time is incredible. Once we get our hands on multiplayer, I will be able to go in depth with co-op details and how it works now.

Total War: Warhammer III is a huge revamp across the board. The new campaign map, sheer size and variety of factions and new ideas are coming together in a major way. The new co-op features are excellent, with simultaneous turns completely changing online play. The custom RPG gameplay due to the Daemon Prince brings a new element Total War has never seen before.

Hello, my name is David Rodriguez. I was a video editor, now I'm the lead reviews editor.I have been in games for 25 years, and I'm bringing the experience from the retro days to help guide me through the craze that is modern video game coverage.I founded NTF Gaming to bring that feeling of playing games with your friends to the masses.Now I begin the next step in my career. As a reviews editor for Rectify Gaming I vow to keep my unique industry knowledge, sense of humor and skill to making original, high quality content.I cover everything from major blockbuster Triple-A games to small unknown indie games.

Hello, my name is David Rodriguez. I was a video editor, now I'm the lead reviews editor.

I have been in games for 25 years, and I'm bringing the experience from the retro days to help guide me through the craze that is modern video game coverage.

I founded NTF Gaming to bring that feeling of playing games with your friends to the masses.

Now I begin the next step in my career. As a reviews editor for Rectify Gaming I vow to keep my unique industry knowledge, sense of humor and skill to making original, high quality content.

I cover everything from major blockbuster Triple-A games to small unknown indie games.