Review: The Gardens Between

Review: The Gardens Between

The Gardens Between shouldn’t be overlooked. The near-perfect title combines beautiful imagery with seamless gameplay and challenging puzzles, creating a top-notch gaming experience.

Childhood friends Arina and Frendt headline as our protagonists. They’re dropped into beautifully rendered and surprisingly contained “Gardens,” or as I creatively call them, “levels,” packed with over-sized versions of items that assumedly play significant roles in their friendship. The levels themselves are reminiscent of Captain Toad thanks to their simplicity, but the similarities to a certain mushroom-headed treasure tracker more or less end there, and The Gardens Between sky-rockets the player into a realm of captivating originality from beginning to end.

Instead of controlling Arina and Frendt as avatars exploring the game’s world, players take charge by controlling time itself, guiding the two besties along their predetermined path through the garden isles. At first, the control scheme is jarring, but it’s actually devilishly simple. Moving the joystick to the right moves time forward, and left turns it back.

The puzzle element involves pressing one other button to interact with the environment in ways that will stick, even when time moves forward or backward. These puzzles are glorious feats of game engineering, and I found myself awestruck at the deftness of the game’s architecture at multiple points during my 4-ish-hour playthrough. The Voxel Agents display a sheer mastery of puzzle design that remains virtually unmatched in games today. I’ll say it: The Gardens Between earns its keep in puzzledom with the likes of Monument Valley or *gasp* Portal. It’s not as flashy or lengthy as Portal, nor is it as visually stunning as Monument Valley, but it’s every bit as fun and satisfying as both. 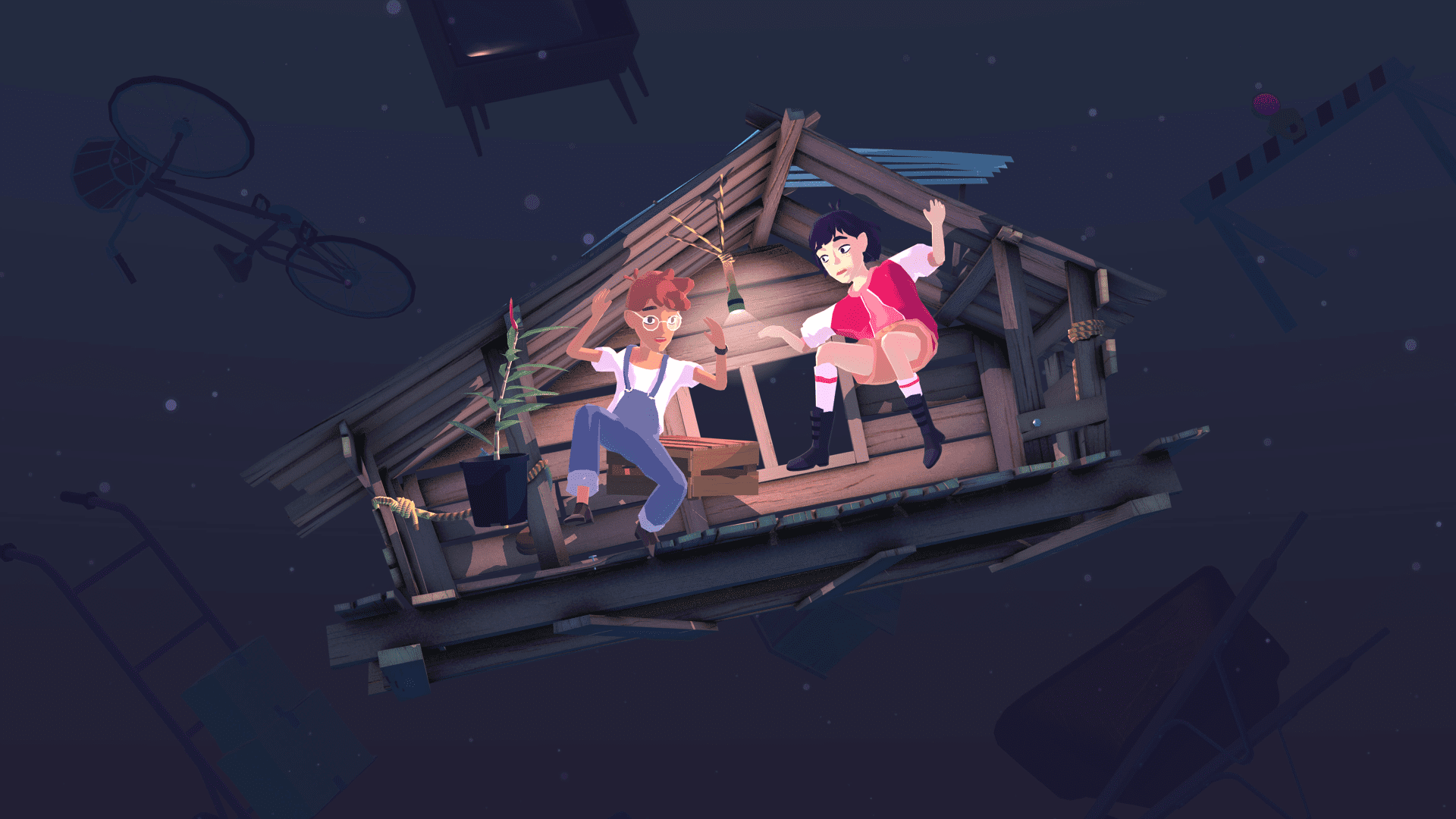 Within the gameplay, certain systems keep things fresh and engaging. For example, most of the gardens have small bridges that connect two portions of the level. Once you cross the bridge, it disappears, indicating that you no longer need any of the items or mechanics from the previous segment to complete the remainder of the level. It may seem small, but this saved me many precious minutes of gameplay. There were multiple times I would’ve definitely backtracked way further than necessary if that seemingly innocuous bridge hadn’t disappeared.

Those helpful systems and intriguing mechanics evolve, too. The Gardens Between introduces new puzzle elements at an expert pace and none of them overstay their welcome. The levels proved progressively more challenging, and each time I jumped into a new garden, I looked forward to discovering something fresh.

The single thing that kept me from hailing this game as a masterpiece is the story. There’s only so much that can be accomplished with silent characters, and The Gardens Between does what it can with a superb soundtrack and amazing visuals. Every aesthetic element of the game shines on its own, but it doesn’t quite culminate into a poignant, punchy ending in the way I would’ve hoped.

Usually, I’d take this opportunity to rant about ambiguity in video games and how it’s a lazy way to top off an otherwise amazing experience, but in this case, I think it’s just a slight knock on a downright terrific title. In other words, The Gardens Between soars despite its lack of straightforward narrative.

All things considered, The Gardens Between is hands down one of the best games I’ve played all year, and it deserves to be on the radar of any puzzle game fan.